Latest news: Mottram St Andrew to welcome its first Ukrainian refugees – how you can help

As some of you may already know, we will soon be joined in the village by three ladies who are seeking sanctuary from the war in their home country of […]

The Club first appeared in the articles written by the Chairman in the Village magazine The Mercury during the second half of 2019. The only member at that time was the Chairman himself and the progress of the Club was within his imagination only. That was until another resident, Nick Metcalfe, applied to join and the Club developed rapidly thereafter.

The two of them met and on that day in early January 2020 the February edition of Trout and Salmon dropped through the Chairman’s letter box containing an article with the story of Prince Albert Angling Society and mentioning a good head of trout in the River Bollin which passed  through the Village and was not part of P.A.A.S. waters. This was an opportunity to good to miss and the contact details of the Land owner were obtained, a visit arranged and a deal done to secure the fishing rights for the Mottram St. Andrew Fly Fishing Club for the coming season and beyond. 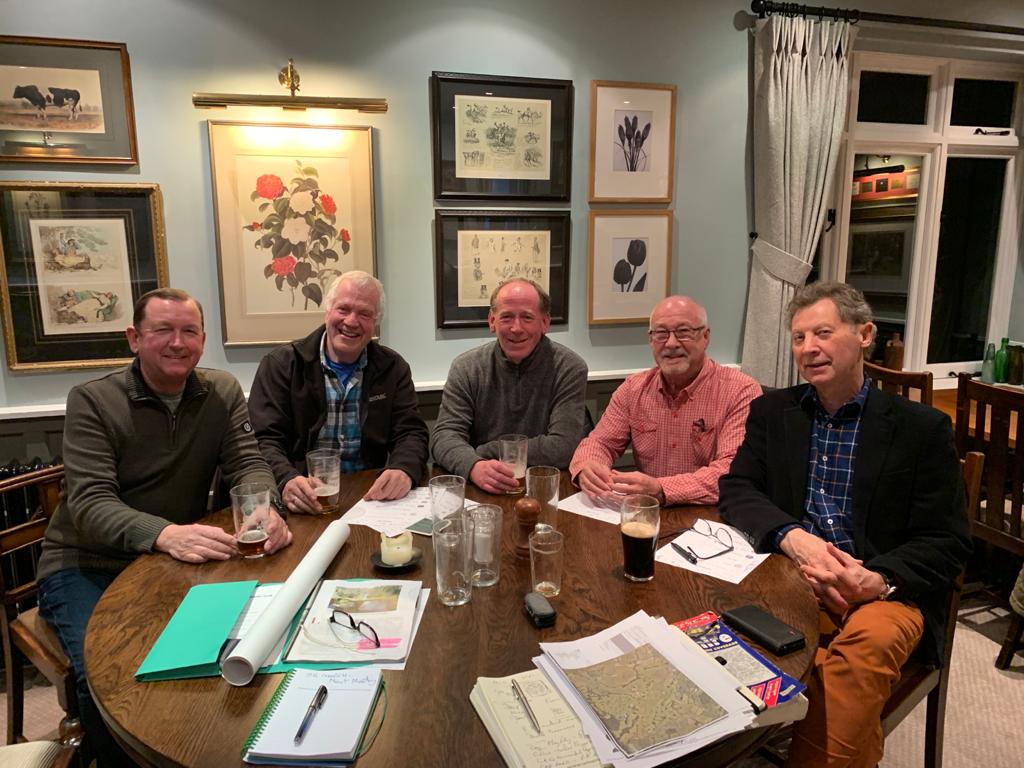 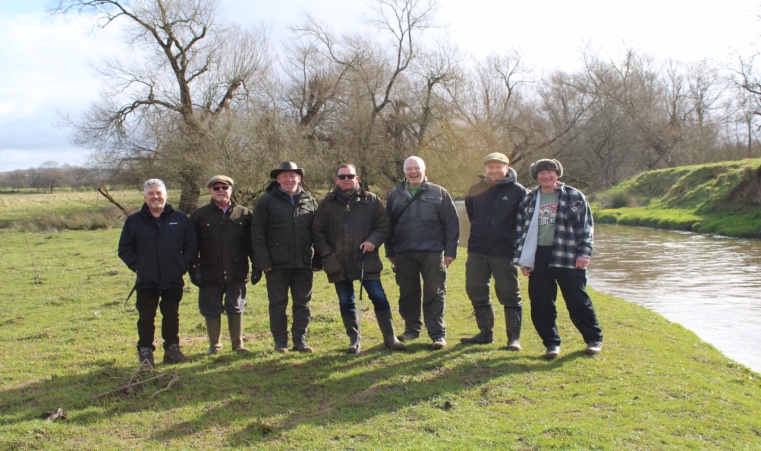 There were then two members and approximately three miles of river to fish until days later three more residents expressed an interest to join. An inaugural meeting of the Club was arranged to take place on 16th January 2020 at the Bulls Head in the Village. The Club was formalised, the essential details agreed including subscriptions, a River walk, free coaching for members as two were complete beginners and limiting membership to residents. The position of Chairman was accepted by Ron Taylor, Treasurer by David Martin and Fishery Officer by Nick Metcalfe.

The membership continued to grow with another three members who attended the first coaching session with the Chairman a Level 2 Game Angling Instructor. Great enthusiasm was shown by all who attended, with a range of skill demonstrated, everyone was looking forward to the opening of the Trout season on the 15th March. In anticipation of the opening day the River walk was arranged for 8th March and was attended by all the members and signs for the River were ordered and erected. The Club What’s App group was started and helped to increase the anticipation for the new season and assist with the sharing of knowledge and amusement, some of it appropriate and some of it probably not. 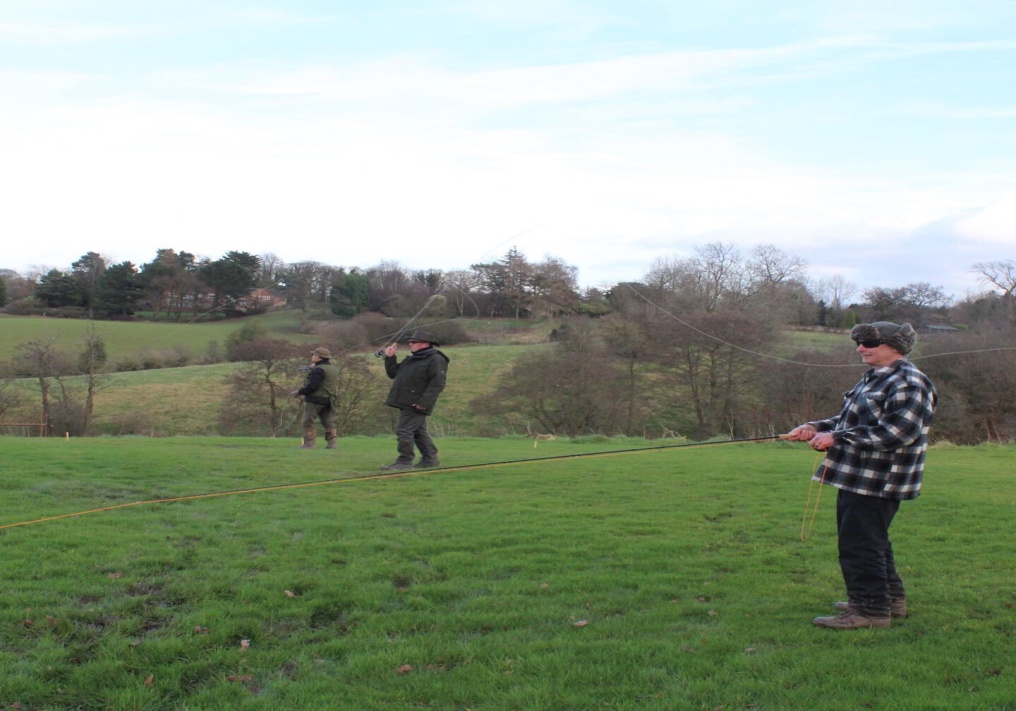 On 9th March the second meeting took place at the Bulls Head when further amendments to the Club rules were agreed, membership cards, parking tickets and maps of the River Bollin distributed. The Club agreed to join the Angling Trust and Fish Legal to provide insurance and protection against pollution and infringement of the Club’s rights. The Chairman donated a prize for the first fly caught trout on Club waters to be competed for each season. The Trout season opened on the 15th March and the Covid 19 national lockdown commenced the next day so hardly a fly was cast before all had to be placed on hold. The What’s App group thrived and kept all the members amused and engaged until fishing was allowed to commence on 13th May 2020. By this time membership had increased to 12 with a waiting list having been created for those who were ineligible to join during the current season due to not meeting the residence requirement.

Finally we can go fishing

The first trout was caught by Andy Levis on 18th May 2020 on the top beat of the Bollin behind the football pitches on a black ant dry fly to net the Chairman’s prize. During the lock down enquiries had been made with the Chairman of P.A.A.S. regarding their surrender of the Dean Farm beat on the River Dean and contact was made by the fishery officer with the land owners who agreed on 29th May to grant the fishing rights to the Club. The River had been neglected and over 2 days the members worked hard to open the access to allow fishing to take place. The first trout was soon landed as the River has a good stock of wild fish, while the R. Bollin returns were slower than hoped including a predominance of Chub. 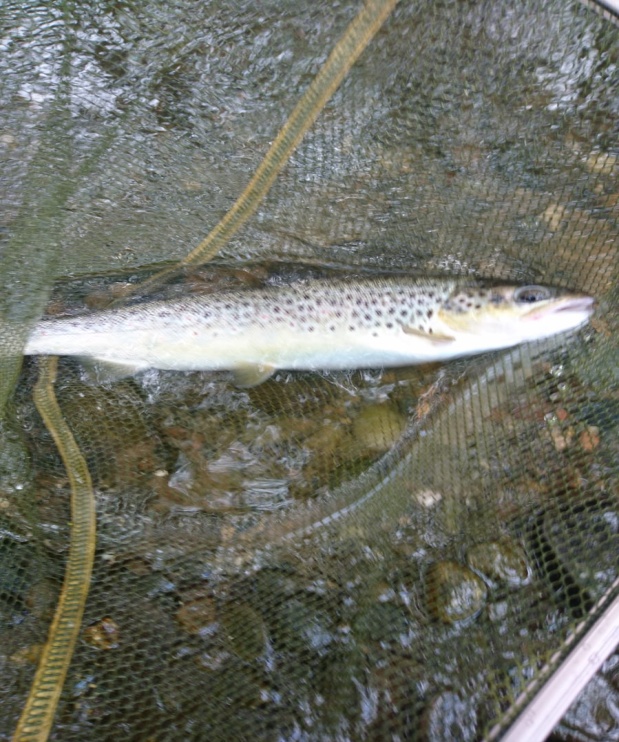 The first trout caught on the Bollin

The third meeting of the Club took place on the 12th August at the usual venue when all the outstanding management issues were resolved with the formation of a 5 man Committee made up of the founder members. This management structure lasted till the end of the meeting when the fishery officer resigned and was subsequently replaced by Mick Shaw. Further working parties have been and will be arranged to improve the habitat for wild fish on both the Club waters. With this aim in mind a report has been commissioned from the Wild Trout Trust conservation team which will address the issues where improvement can be made to increase the likelihood of successful Trout spawning. Dr Tim Jacklin inspected all the Club waters in the company of the Chairman and Andy Levis on Friday 18th September and a report was received and circulated.

Various changes necessary to the structure of the Club for the second season were identified and those matters were resolved. The first AGM took place on 21st January 2021 on line as a result of the Covid restrictions. However it takes more than a pandemic to stop keen fly fishers taking to the River, the Government having recognised the benefits of fishing. All the members renewed their subscriptions and were out on the water after the 15th March 2021. During the season membership reached capacity of 18 all of whom are residents. Various events were organised during the year including away days and a fly tying introduction.

Membership Enquiries should be sent to Ron Taylor at rontaylorllb@gmail.com or through any Committee Member

Extraordinary Parish Council meeting will be held on Monday 27th June, 2022 at 6:30 PM

Parish Council meetings are no longer held online, they are now being held in person again at the venue as advertised in the yearly schedule. Members of the public are welcome to attend - please see the agenda for details.